Leon states to all Veterans: “I wish you the best!” 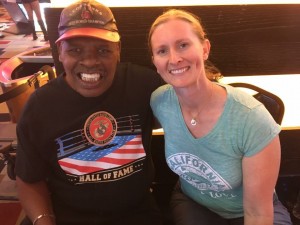 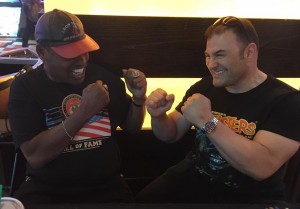 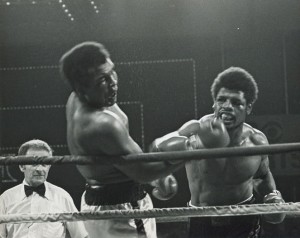 William and Chandra work with all types of chronic pain research and with veterans.  Spinks served four years in the Marines before becoming a pro boxer.  Joe Stone is a veteran with chronic pain Vandry Hope is working with on nutrition.  Stone is a fan of Spinks. Vandry said:

“Leon is a great piece of boxing history.  I met the owner of Instaautographs, and Leon was signing autographs.  He’s had injuries, but Leon is sharp, we talked about his brother Michael, who he respects and loves, and all topics.  Leon told Chandra he was in the Marines, she told him she was in the Navy.  I told Leon about work we do with veterans, and my friend Joe Stone who is a fan of Leon.  Leon agreed to send Joe and our veterans a yellout for the upcoming Memorial Day.  Thank you Leon”

Vandry hopes to work with Leon on nutrition:

“I spoke to Leon about his health. He is such a tough guy.”